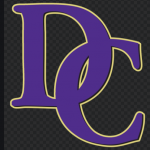 The Defiance College Men’s Basketball team has been off to a rather quick and action-packed Heartland Collegiate Athletic Conference (HCAC) season. The Yellow Jackets are currently ranked eighth in the HCAC Men’s basketball standings with a conference record of 5-8 and an overall record of 10-10.

So far, during the season, the Yellow Jackets have racked up big wins over Concordia University (Ann Arbor, MI) with a final score of 79-78. The game-winning shot comes from sophomore, Tyler Andrew. Andrew hit a 3-pointer with 7 seconds left. The shot lifted the Yellow Jackets to the team’s first win of the season and an exhibition win.

Following the exciting road win, the Yellow Jackets traveled to Ball State University (Muncie, IN) to face off against the Cardinals in another exhibition match-up. This match-up was the season opener for the Cardinals. The Cardinals took their first victory over the Yellow Jackets with a final score of 87-43. The Yellow Jackets bounced back quickly by winning their next five non-conference games. The five-game win streak consisted of wins against Westminster College (New Wilmington, PA), Spalding University (Louisville, KY), Great Lakes Chrisitan College (Lansing, MI), University of Akron-Wayne College (Orrville, OH), and Kent State Tuscarawas (New Philadelphia, OH).

The Yellow Jackets started conference play with a big win over Rose Hulman Institute of Technology (Terre Haute, IN). Junior, Miciach Cox leads the Jackets with a total of 19 points, followed by two 17-point performances from Sophomore, Sean Tyson, and Tyler Andrew. The Yellow Jackets have since increased their HCAC Record with wins over Hanover College (Hanover, IN), Manchester University (Manchester, IN), Mount St. Joseph University (Cincinnati, OH), and an exciting triple-overtime win against Earlham College (Richmond, IN).

Don’t miss out on your chance to catch the Yellow Jackets live in action before the regular season ends! 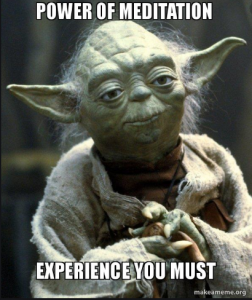 You may have seen the emails every week from Fred Coulter, about an event called “Mindfulness and Meditation”.

Dr. Coulter was recently appointed the Schauffler Chair of Christian Education, and started the Mindfulness and Meditation program in order to “Offer something to enhance faith on the DC Campus.”.

The actual meditation of the activity is an unguided process. The sole tool used to structure it is a ‘mindfulness app’ that Dr. Coulter uses to keep track of time. “We wanted to let people do their own type of meditation, but also needed some form of structure. The app is set for ten minutes, with a bell ringing to start. It rings in three-minute intervals, and then three times at the end of the ten minutes.”

In the emails sent out by Dr. Coulter, it reads that mindfulness is “the process of being aware of our thoughts, bodily sensations, and the surrounding environment.” In part along with this, meditation is described as “the practice of letting go of ourselves and letting in the power greater than ourselves, who some call God”.

Despite being the Chair of Christian Education, Dr. Coulter emphasizes that the activity is open to all that are willing to join. “The meetings are small, with a turnout that sort of rotates, people come when they have time in a very drop-in manner week by week.”

The Mindfulness and Meditation activity is structured in a certain order, Gathering Thoughts and Centering Through Mindfulness, Introductions, Preparation for Meditation, and Meditation and Listening. According to the email, “I recommend that you do not worry about how well you’re doing it nor get caught up in the technique.”

Mindfulness and Meditation meet weekly on Tuesdays in the Cultural Arts Center on Serrick Hall’s second floor at 12:05 pm, and Dr. Coulter emails weekly on Mondays at about 9 am as reminders and to let anyone know if certain plans change. 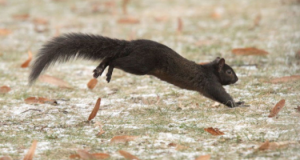 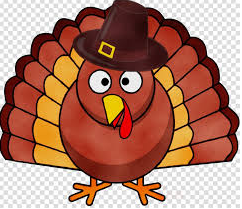 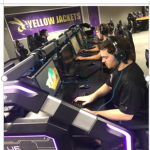 There are currently 39 people on the Esports roster at Defiance College and Head Coach Corey Parks is looking for more.

The focus of Coach Parks has this year is to recruit as many people as he can. “If you like video games, come on down to the esports program,” Parks said.

Esports is any electronic game that has a group of people to play. Much like any sporting event, there are set dates for when the team plays. “You compete throughout the course of one or two months; then you have playoffs and if you make the top eight…[those] teams will go to one specific spot to compete and that’s your league,” Parks said.

“The thing about esports is that games can pop up left and right; it really just comes down to the communities,” Parks said.

The games that the esports team play throughout the year include: Call of Duty Modern Warfare, Super Smash Brothers Ultimate and Melee, Counter-Strike, Fortnite, and Rocket League.

Coach Parks plans to incorporate the streaming platform called Twitch this year. “So being able to increase our stream for people that know what’s happening is probably one of the biggest goals right now along with the great overall experience in the program,” Parks said.

Along with Twitch, Parks wants to recruit a broadcaster to talk about what’s going on throughout competitions. “Most programs have a Twitch and they also have a broadcaster, but I really want to push to the next level and get people out here that know their stuff so we can really grow our stream,” Parks said.

Parks explains how he came to the realization that the people watching need a broadcaster to know what’s going on during competitions, “I was so caught up in the world of esports that I thought everyone else knew what I knew.”

Along with his big goal to set up a stream, Coach Parks just wants everyone in the program to have fun.

Parks is very experienced in the world of esports, and even just gaming in general.

For more information contact Coach Parks at cparks@defiance.edu.  Or stop by the esports arena which is located in the downstairs area of the Pilgrim Library. 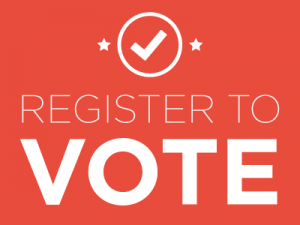 Last week the country celebrated National Voter Registration Day. It falls on the fourth Tuesday in September. The holiday is to promote awareness to eligible adults about voter registration so that no one misses the deadline to register.  Everyone can then vote in the upcoming elections without interruptions.

To be eligible to vote, according to USA.gov, adults must be U.S. citizens, meet their home state residency requirements and be at least 18 years old before election day. They are also required to be registered. Unless you are from North Dakota as they do not require registration, everyone else that is eligible will need to register to vote.

Students must meet all requirements to vote in future elections.

For students that are not registered and wish to become a valid voter,  there are the many ways to register.

For those unable to register in person, most states now allow online registration. It is available for 38 states and the District of Columbia. Check here to see if your state has online registration. Other options for students not registered is to “download the National Mail Voter Registration Form. You can fill it out on screen and print the completed form, or print the blank form and fill it out by hand.” Then mail it to your local election office.

For those students who would rather register in person, there are many options in location to visit and sign up to vote. Head to your local Board of Elections office where they can help you fill out the proper forms to get registered. Also, check your local department of motor vehicle office or armed forces recruitment center as most of the location can register you. Your state and county public assistance offices may also be able to register voters.

To check if you are eligible to register, are already registered or to find out more information, go to https://www.usa.gov/register-to-vote or visit https://vote.gov/ to find out how to register. To find out more about National Registration Day, check out their website here: https://nationalvoterregistrationday.org/

Tomorrow, March 14th, 2019 is the Defiance College Day of Giving. Michelle Tinker, the interim director of development and the coordinator of this event, will be sitting in Hubbard all day tomorrow! She is inviting all DC students to sign thank you cards for the alumni, faculty and staff, and friends of the college who donate each year to help support the programs and advancement of DC! Besides showing gratitude, students who sign thank you cards will be entered into a raffle for a prize!

Please join Michelle in giving back to those who give to us!