In the past weeks, the media has been buzzing about a scandal between President Donald J Trump and the Ukrainian President Volodymyr Zelensky, but has the Defiance College Campus been buzzing? 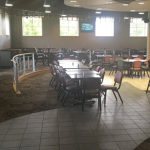 Santana Villarreal, a Graduate Assistant Athletic Trainer aiming for his MBA, commented that “I never heard much about this scandal, I don’t follow politics.”

Nate Hall, a Junior Business and Education major, expressed surprise at this scandal. “I haven’t watched the news much, I’ve been focusing on other things.” He said, showing that students have not been paying attention to this scandal involving the U.S. and Ukraine.

The scandal began, according to a New York Times story printed in a May 1st edition, as “a foreign policy role Joseph R. Biden Jr. enthusiastically embraced during his vice presidency: browbeating Ukraine’s notoriously corrupt government to clean up its act”.

At one of his most memorable meetings with Ukraine’s government, during a trip to Kiev in March 2016, former Vice President Biden threatened to withhold $1 billion in United States loan guarantees if Ukraine’s leaders did not dismiss the country’s top prosecutor, who had been accused of turning a blind eye to corruption in his own office and among the political elite.”

The prosecutor was dismissed, in the middle of several investigations.

However, there may have been an ulterior motive for Biden’s trips.  “Among those who had a stake in the outcome was Hunter Biden, Mr. Biden’s younger son, who at the time was on the board of an energy company (Burisma) owned by a Ukrainian oligarch who had been in the sights of the fired prosecutor general.”

As NBC has written, “there’s no evidence of wrongdoing on the part of either Biden.”

According to a press release from Biden’s team states, “…the conspiracy theory, which had long been conclusively debunked, has fallen apart even more.

On April 21st, a phone call involving President Trump putting pressure on then-President-elect Zelensky to reopen the investigation on Biden. The pressure involved the withholding of aid to Ukraine until such a time as the investigation into Biden is reopened.

This claim against the President was by an anonymous whistleblower who does not have first–hand detail of the call but rather heard about it after the fact.

This is a complex issue including claims to begin the impeachment of
President Trump, but it doesn’t seem to have impacted students.