*** On Wednesday, September 24, during a press conference in Kentucky, the Attorney General Daniel Cameron announced one officer would be indited in the case against the murder of Breonna Taylor. The other two officers “were justified in their use of force.”, according to the Attorney General Cameron.

The decision was met with protests around the country.

Earlier this month, according to NPR.com, the city of Louisville announced a $12 million settlement — the largest in its history — in a wrongful death lawsuit filed by Taylor’s family.

*** A little over a week ago, Supreme Court Justice, Ruth Bader Ginsburg passed away in her home at the age of 87. She served 27 years on the supreme court being nominated in 1993 by President Clinton.

Her death sparked a heated debate over whether a president should nominate a potential judge during an election year. In the past, the situation has come up in the past with the most recent being during President Obama’s last year of office. In that case, the nomination was held off till after the election.

President Trump, however, decided to nominated Amy Coney Barret to replace Justice Ginsburg. According to NPR.com, “Barrett is expected to begin meeting with senators early this week, and the Senate Judiciary Committee is slated to begin hearings on Oct. 12.

*** Last week, the Emmy’s were held. Like most big events, the award show made changes due to COVID. The host, Jimmy Kimmel, performed to an empty room and the winners made speeches from their homes. The most notable winners were Schitt’s creek, the first show to win every award in the comedy category, Watchmen, RuPaul’s Drag race, and Succession.

*** On Saturday, President Mankey announced in an email that DC has experienced our first COVID outbreak. Staff have been working through the weekend sorting out those that could be impacted by contact tracing and have quarantine and isolated those involved.

“As a reminder: Defiance College REQUIRES everyone on campus to wear a mask when around other people, perform a health check through our Campus Clear app, physical distance whenever possible, clean and sanitize their space, and show respect to others.”

Please wear a mask and follow all social distancing guidelines.

This Wednesday, September 9, 2020, the Defiance College will be having an Academic and Organization Fair for all students. Freshman and Seniors are welcome to browse the tables located between the library and Serrick from 11:00 am –12:00 pm. Juniors and Sophomores can look around from 12:00 pm – 1:00 pm.

It is an opportunity for students to find out more information on different organizations offered by the college. Each Academic department will also have designated spots for students to check out if interested.

The live-action movie, Mulan, premiered this weekend on Disney+ for $29.99 in addition to the subscription fee. Fans that don’t want to pay the almost $30, the movie will be available for free December 4, 2020, for those with subscriptions.

The movie’s release was not without controversy, however. Many Asian pro-democracy advocates called for a ban of the movie after the lead actress, Yifei Liu, made remarks in support of the Hong Kong police. Read more about the ban at https://www.bbc.com/news/newsbeat-54024810

This week, Taco Bell announced they will remove more items off their menu in November. The news comes as a jolt to fans everywhere as Taco bell had previously removed a dozen popular items last month including all potato items. According to Tacobell.com, the soon to be gone items include “Mexican pizza, all items with shredded chicken, and Pico de Gallo.

** This past Thursday and Friday, over 30 speakers and musical guests spoke and performed in person and virtually for the March on Washington. It marked the 57th year since Martin Luther King Jr led the march and gave his famous “I have a dream” speech. Among the speakers where Martin Luther King III, members of George Floyd’s family, and Reverend Al Sharpton. Reverend Sharpton called on the President to act on the injustices surrounding Breona Taylor, George Floyd, and many others by asking President Trump why he does not “call their names”.

** “Black Panther” star, Chadwich Boseman, passed away Friday after a long battle with cancer. Along with “Black Panther”, Boseman acted in several other films including “Marshall” and “42”. He kept his diagnosis secret, and his death came as a shock to most fans. He was 43.

** In Defiance College news, classes began last week to a new format with classes being in-person and virtual. Some students enjoyed the new ways while others thought it would take getting used to and wasn’t a fan.

“I was very stressed out and overwhelmed. I think they (the professors) could have given us a little more information earlier [as to] which group we would be in” one student said.

“I recognize the need to keep everyone safe, but I do prefer in-person classes more,” Jess said.

Reflecting on the past spring semester, Professor Engel, Assistant Professor of English and Director of Composition, hoped to just make it through the semester in person as he felt the online format limited his strengths in teaching. “It’s harder to build community, read a classroom, and make minor adjustments to respond to students’ needs in an online course–especially when we had to make the shift so suddenly. I think this semester will be better because we all have planned with the idea that we might need to transition at some point” expressed Dr. Engel.

The new structured classes are temporary and once COVID is better controlled or over, classes will resume normally.

This is the year of a U.S. Presidential Election Year.  Election Day will take place on November 3, 2020.

The people running for President that will appear on the Ohio ballot will be Donald Trump (R), Joe Biden (D), Jo Jorgensen (L), and Howie Hawkins (G).

To get ready for Election Day, students can make sure they are registered to vote and find their polling place.  All students who are eligible to vote can be registered by clicking this link to sign up https://www.vote.org/register-to-vote/

It is very easy to register, and it only takes a couple of minutes.  The deadline to register in the state of Ohio is October 5, 2020.

Even though Election Day is November 3, students can still do early voting and mail-in voting.

For more information on absentee voting and early in-person voting for Ohio click this link https://www.ohiosos.gov/elections/voters/absentee-voting/

If you are not from Ohio or want more information on voting, click this link https://www.vote.org The site has information and provides other links that can take you to each states’ deadlines, dates, and rules.  There is also more information on registration, polling centers, and you can even sign up to get reminders to vote.

The Defiance College Wrestling team concluded their 2019-2020 season this weekend by competing at the NCAA DIII Central Regional Tournament. The Regional Tournament was held at Adrian College (Adrian, MI). A total of 18 Division III schools from the Central Region competed within the tournament. The Yellow Jackets placed 15th out of 18 teams overall during the weekend.

Beltran was the highest competitor for the Yellow Jackets. The junior competed in the 125lb weight class against opponents from Otterbein University (Westerville, OH)  and Alma College (Alma, MI). Beltran ended his season with a 3-3 record, placing 6th place for the 125lb weight class overall. The junior picked up a win over his opponent from Otterbein University (Westerville, OH) with a decision score of 9-3 in the consolation bracket. Beltran lost his final match of the day to his opponent from Alma College (Alma, MI) by a 2-1 decision loss.

Sophomore, Cortez Bradley represented the Yellow Jackets in the 149lb weight class. Bradley went 1-2 for the Yellow Jackets, picking up his win on the weekend with a 16-14 decision win in his consolation match.

Sophomore, Hunter McNutt, represented the Yellow Jackets in the 197lb weight class and finished his season with a 17-6 decision win over an opponent from Olivet College (Olivet, MI).

Freshman, Cameron Pollard competed in the 157lb weight class. Pollard finished the weekend for the Yellow Jackets with a 1-2 record picking up a win over a competitor from Muskingum University (New Concord, OH).

Congratulations to the Yellow Jacket Wrestling Team on a great 2019-2020 season!

Defiance College is putting on The Reduced Shakespeare Company’s The Complete Works of Shakespeare (Abridged) [Revised] this semester.

With the direction of Dr. Steven Engel, Assistant Professor of English and Director of Composition, and Ryan Mays, Audio Visual & Academic Technology Coordinator, it will be the first play to be produced in several years at Defiance College.

The performance will take place at Schomburg Auditorium in Dana Hall. There is not an official date for the performance, but there is a chance it will be on April 23, Shakespeare’s birthday.

A Defiance College student said, “This sounds awesome. I would buy tickets.”

According to Engel they are in need of “actors, techies, front of house folks, etc.” Anybody is welcome to participate, even people who have not had an experience with theater before.

According to Biography Online, Shakespeare wrote 38 plays and 154 sonnets. He would also even act in some of his own plays.

Dr. Engel and Mr. Mays are very excited to be doing this event.

There has already been an informative meeting, but it’s okay if you have missed it. You can still join. Auditions for people who want to act will be Thursday, February 27 at 2 pm in Schomburg Auditorium. Engel said in an email, “you do not need to prepare anything for this audition. The good news is that we will cast anyone who is interested in the show—so there will be no cuts. At the audition, you will participate in some improv games, move around a little on stage, and read a short passage from the play out loud.”

For more information contact Steven Engel at sengel@defiance.edu or Ryan Mays at rmays@defiance.edu.

Do you like to write? Draw? Take photos? Create exciting works of art? Progeny is the place to have it published. There is still time to submit your work!

Progeny is Defiance College’s literary and art magazine. It has been 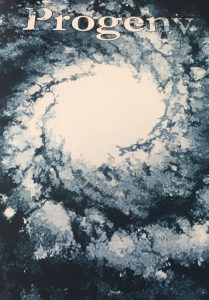 published annually or bi-annually since 1961. According to Camrin Santchi, Progeny co-editor, “Progeny is a spiritual sister to The Defender, a Defiance College publishing that focuses on the creative works rather than journalism”.

The magazine publishes poetry, prose, art, and photography. Write, create, and go here to Progeny’s website, fill out a form, and enter your work.

You may also email Dr. Steven Engel at sengel@defiance.edu. He is the new advisor this year. Or Camrin Santchi, at csantchi001@defiance.edu or Samantha Haas at shaas002@defiance.edu. The duo will be co-editing the magazine this year.

Dr. Engel states, “Submission can be made by students, faculty, staff, and alums of Defiance College.”

“Anything from short stories to poetry of any kind, even photographs and other art. When it comes to visual art, though, submitters need to keep in mind that Progeny no doubt will be printed in black and white, and thus images that rely on color may not work as well” claims Santchi.

There are plans to create a new layout and look for the magazine that is more consistent with the Defiance College brand. Dr. Engel comments that Michaela Hunt is designing a new logo for the magazine.

When asked, some students were unaware of the magazine or were not planning to submit.

“I was not planning on submitting anything, but it does sound interesting and will check it out,” said one student.

Morgan B said she “knows nothing about it.”

When talking to Jess L., she was not planning on submitting anything.

The magazine is expected sometime near the end of the semester.

According to their website, for published submissions, “Progeny takes only first rights and asks to be acknowledged in any re-publication of a work.”